4 Judgments We All Make 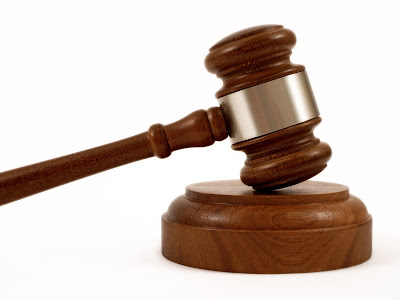 I was going to write about this earlier in the week but thought, “No, I don’t really feel like dealing with the backlash of it..” Well, you can see that I totally won that argument with God.  Judgment is something that we all do.  We do it daily, even about silly things that don’t really matter.  If someone tells me that they don’t like old school rock and roll I reserve the right to judge them as completely uncool; I’m just warning you ahead of time!  Here are a few of the more relevant things we all judge people about:

No one wants to admit to this one, but, honestly, we all do it.  I definitely do this… a lot.  Mostly, I judge people all dressed up in fanciness thinking to myself, “Really? Is that necessary?”  Also… if you are going to wear clothes let’s please make sure they match, please?  I don’t think it’s necessarily a bad thing to tell people they need to not wear brown shoes with black pants, but if that escalates into us making assumptions about who that person is based on what they look like then we have a problem.  There was a time in my life when I looked pretty rough, and it was true that my life was rough.  That did not mean, however, that I was a lost cause or in need of people to come “win me to Jesus.”  Now I have tattoos, gauged ears, and short spikey hair.  That causes some people to make immediate assumptions about who I am.  I think it’s important for us to remember that just because someone looks different doesn’t mean there’s something wrong with them; it just means they’re different.  Wouldn’t it be boring if we were all the same?

I am not a Republican.  For all of you who just had a heart attack, chill out, I’m not a Democrat either.   My mother listens to Mark Davis and WBAP in the morning (which is my cue to put in my headphones) and she is probably one of the most educated people I know in the politics arena.  I totally respect and admire that about her.  I just am not a fan of government, besides that, I have much more important things to worry about than how many vacations Obama has taken.  I just have a problem with people who mix religion with their politics, making God out to be the avenger of their party.  Jesus lived under the government of his day.  He even told people they needed to pay taxes and honor the government.  Paul called to church to respect and honor their government, as well (which, by the way, was viciously murdering Christians).  Not only that, but we should respect and honor one another.  Isn’t the God we serve bigger than what color state we live in?

I think I might get some strongly worded emails in response to this one but I am going to write it anyway.  I have friends from every walk of life to be imagined.  I have gay friends, married friends, divorced friends, friends who are in gangs, friends who grew up in church, friends who were and some who still are addicts, friends who hurt themselves, and even older friends.  I tend to attract the kinds of people who are different.  I have heard all their stories, watched their lives, and faced their hurts by their side.  I understand them.  And they understand me.  Why is it, we look at other people whose lifestyle is different than ours and judge them instantly?  I’ve heard many judgments shot my way about my own lifestyle that leaves nothing but a bitter taste in my mouth towards those people.  What if this judgment is coming from within the walls of our churches?  We then become disqualified from ever making a difference in the lives of those at whom we shoot our darts of judgment. It is time we were more focused on people’s hearts than on their actions.

We all have judged the judgers on their judgment before.  Yes, I did try to make that sentence as confusing as possible.  I do this one pretty much daily.  I am very quick to cut off or pull away from people who, I perceive to be, overly judgmental.  Like I said, I have friends of all kinds, and I am extremely loyal.  That means if you have a problem with my friends; you have a problem with me.  I call for justice on those with pointing fingers as mine is pointed back at them.  I enjoy the extravagance of grace while refusing to give it to those judging me.  We can use the excuse that Jesus was harsh with the Pharisees, but really that’s just an excuse.  I will always be the first to stand for the cause of grace.  I will not back down and I will not be silent.  I will call you out on your sermons fueled with legalism and your pews filled with condemning glances.  But, that doesn’t mean it’s ok for me to become like you.  I will not disqualify you from the opportunity of freedom that grace brings.  I will not stop loving you and wanting the best for you.  I will not back down and I will not be silent because you need to hear that there is something better out there.  I promise it’s much more fulfilling.


Obviously, I’m not innocent of the crime of judgment.  I have, however, found that my judgment of others lessens with every scoop of grace I take in.  The more I learn about how God sees me; the more I am able to see others that way as well.  It’s time we all took on the challenge to be something different.  Let us dare to be the ones who forsake the chains of judgment for the liberty of love.
Posted by Unknown at 1:07 PM