4 Reasons Why I'm a Heretic 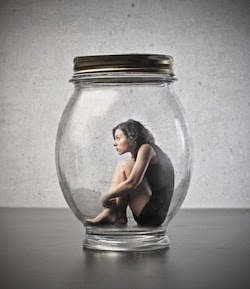 I have encountered quite a few opposing people along my radical journey of grace.  Of course, I know they exist, but it still never ceases to surprise me that not everyone is quite as excited about this whole liberty and full favor through Christ thing as I am.  To some degree I understand their opposition.   I preach a message that is different; one that is seldom heard, foreign, and new to them.  It makes sense that not all would be accepting of it.

As with most things that we don’t understand, people find comfort and control in labeling me.  I have been called by many names; the recently trending name seems to be “Heretic.”

Heretic is kind of an odd word.  It’s one of those words that only church people use, like you never hear one biker dude call another a heretic because they disagree on what motorcycle brand is better.  So, I had somewhat of an idea what that word meant but I wanted to know the exact definition of what a heretic really was.  *cue theme music* Good ole Webster to the rescue! *applause*

1:  a dissenter from established religious dogma; especially:  a baptized member of the Roman Catholic Church who disavows a revealed truth
2:  one who dissents from an accepted belief or doctrine.

Well, if we go with the first definition any member of the protestant church would be a heretic so for the sake of this discussion let’s just use the second one, shall we?

“One who dissents from an accepted belief or doctrine.”

Yeah, that’s a pretty accurate description of me I’d say!  Confused?  Here are four reasons why I’m a heretic:

(1) I believe God sees me and relates to me as completely holy.

The common belief and teaching in the church today is that, though Christ’s death results in eternal security, God still sees us unholy because of our sin.  We must, therefore, try hard to progressively get better thus becoming more holy in His eyes.  I believe that Christ’s sacrifice covered ALL of my sins, even those I haven’t committed yet.  That means that when God looks at me He sees my oneness with His Son, making my holiness before Him solely dependent one Christ’s holiness before Him.

(2) I believe that good works come after receiving blessing, not before.

I hear, quite often, within the church this idea of God’s blessings being linked to how well we have lived within our religion.  This creates fear that if I don’t behave, serve, or do enough then I will miss out on receiving His blessings.  I believe that, because I am a child of this world, birthed of the flesh, and driven to depravity, anything good, lovely, selfless, and charitable that comes out of me is only as a result of Christ making over my spirit.  I desire to do good things because ALL His blessing, love, and forgiveness has been poured on me and ignites that desire in me.  Blessings first, obedience second.

(3) I believe that God shouldn’t be limited by our religion.

Let’s be honest, in the grand scheme of the universe, we are pretty small minded beings.  We cling desperately to what we think we can control as we draw lines and build walls around people and things in our lives that we wish to limit so they can be understood.  Of course, we are no different when it comes to our God.  We use our religion to water down who He is so that He is easier to drink in.  God is so much bigger than our expectation of Him.  He is the master of coloring outside the lines we draw around him and is much too big to fit inside the box we try to cram him into.  I learn new and exciting things that challenge what I believe about him daily.  If religion means I have to forsake the waterfall of God for a stream; I want no part of it.

Do you know what Jesus was killed for?  Do you know what the charge against Him was?  It was blaspheme.  Jesus was a heretic.  He stood in opposition to the religion of His day.  He offered hope, peace, and love in a world of regulation and rule keeping.  He dared to show a God who partied with prostitutes and counted thieves among His friends.  He showed deity as washing the feet of confused fishermen and befriending the unclean.  He was truly a dissenter of the accepted belief of His time.  I want to be who He was.  I want to love when it’s not easy.  I want to embrace the abrasive.  I want to befriend the unclean.  I want to eat with the outcasts.

If my decision to be who Jesus was makes me a heretic; I gladly plead guilty to that accusation.  The God of grace is hard to take in especially for those who have found such comfort in the god that they have shoved into their comfort zones.  I will joyfully live life sharing the sentence of Christ and continue to spread my heresy to all who will listen.  I hope one day you will join me.

Grace and peace with you always, my friends!
Posted by Unknown at 11:12 AM