Resolve to be Unresolved

The New Year is upon us!  Right now millions of people around the world are busy making their lists, setting their goals, and throwing out all their junk food.  Resolutions can be good things, motivations to be healthier or live fuller lives, they motivate us to flourish in our short time here on this earth.  It’s great to have goals, but it’s important that we don’t confuse our “needs improvement” list with the voice of God. 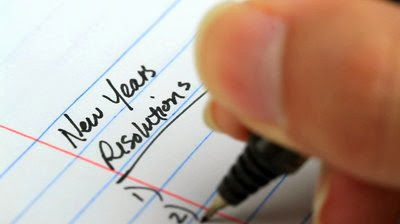 Thousands of Christians are, at this very moment, sketching out their New Year’s to do lists.  These lists are filled with things like “Read the entire Bible this year” and “Witness to my coworkers.”  Don’t get me wrong, reading the Bible is great! Everyone should definitely check out Judges, there are some pretty cool stories in there!  But if your list consists of only the behavior modification, “reading the Bible,” then I guarantee you will fail.

That’s the problem with today’s brand of Christianity; it focuses too much on behavior.  That probably has something to do with the culture of our world today, a culture that breeds list makers and duty focused go-getters.  We’ve traded being a Christ follower for being a moral member of society, and those are two very different things.

Morality calls us to be good, act upright, to sit still, and behave.  Jesus did not sit still and behave.

See, Christ came to offer us freedom as we put Him in chains.  He came to lavish love as we shouted hate.  He came to offer us righteousness while we lived in depravity.  He pursued the ones who ran and defied death.  He embraced the infectious and called the uneducated to tell His story.  He brought wine to the party and healed on the day of rest.  He befriended the prostitute and turned away the religious.  He did so we don’t have to.  He sacrificed so we could stop sacrificing.  He did it all so we can stop trying so hard.

God doesn’t want you to witness to your coworkers because He needs more people on His team.  He doesn’t want you to do it because you think it’s stocking up some extra eternal brownie points or that it will get you in a mansion closer to His.  He wants you to be so overwhelmed with the grace He has poured on you that you can’t help but tell everyone you know how freaking awesome it is!

God has no interest in what you can do for Him.

His interest is that you know what He has already done for you.

Stop agonizing over our failure to do enough.

Stop everything that you do because you “have to.”

You no longer have to wonder if you’re loving Him enough because He loves you enough.

It’s not about if you do enough because He has done it all.

You don’t have to question if you are righteous enough because His righteousness is yours.

We are not defined by what we do for Him, how well we achieve within our religion or how well we behave according to society’s rules.  Our identity lies in what has been done for us, giving us freedom from a performance driven religion, calling us to something far greater than just a behavior modification.

We serve a God who is so big that He chose to become the smallest of us, His broken creation, in our most vulnerable of forms, a baby.  A God who forsook everything; His kingdom, His comfort, and His power, to come to our world of death and pain and pointless suffering and die a criminal’s death so that we could have the birthright of His Son.  So that we could enjoy everything He gave up to walk, with the dusty feet of a carpenter, among us.

How could we have the audacity to think that anything we could ever do could even begin to compare to that?

How can we forsake such a beautiful gift of love for a sorely unmatched replacement of religion?

This year, let your resolution be to give up your resolutions.  Let your days be filled by the remembrance of how loved you are, how perfect he has made you, and how impossible it is to lose that.  This year choose to stop doing and just be.

Resolve to be unresolved, uncertain of where you’re headed but confident in who you are.  Enjoy the fantastic, unpredictably delightful ride that pursuing Him takes you on.