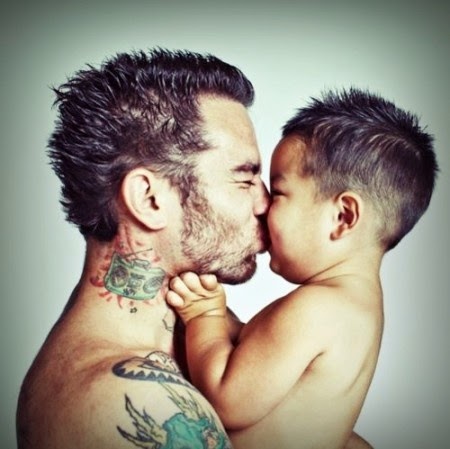 I have a little brother named Chance.  We are 5 years apart and two COMPLETELY different personalities, which made for a childhood that was never boring.  Chance is the softer one.  He always enjoyed art and drama and movies where all they do is sing through the entire thing (I’m pretty sure that is against the 8th amendment).  Me, I just liked to hit things, throw things, and sweat a lot.
Our parents are also two very different people.  My mom enjoys doing artistic-y things with Chance and dad and I sweat together.   Dad and I, Mom and Chance, that’s how it’s always been.  When Chance and I were younger we would get in arguments, as most siblings do, and he would say, “Well dad is just taking your side because you’re his favorite!” and I would come back with the height of wit that was, “Well, you’re mom’s favorite!”

This was silly, of course, because they each loved us both equally and completely.  Still there were times when I would think to myself, I’m special, dad likes ME best!

Now you may be reading this thinking how silly and childish we were, but don’t we do that exact same thing within the church?  Don’t Christians in general do that among themselves?  No, you don’t think so?  Really, because I’ve seen quite a few things during my lifetime of growing up in church that suggest otherwise.

What I see is group of people that are so determined to win an argument that they drive people away.  We argue about denomination, predestination, baptism, clothes, music, politics, tattoos, hair lengths, movies, and pretty much anything else that can be argued over.  And don’t think that I write this free from guilt because let me tell you, I am the queen of arguing.  I once went to a camp for 2 weeks dedicated solely to the purpose of teaching me how to defend my faith against anything that would stand up in opposition of it.  Don’t get me wrong, I don’t think there is anything wrong with knowing what you believe and why, quite the contrary actually, but if your goal becomes drawing lines in the sand you should know that you are probably going to end up alone on your side of it.

We are so focused on making other people agree with us, think like us, be like us, that instead of bringing people to the God that we say we serve we drive them away because all they see is us.  Not just that but, instead of being united as the brothers and sisters that we are, we pout off into a corner and say, “Fine then, I’ll just start my own church, Daddy likes me better anyway!”

We become whiny, abrasive children living our lives to please a Father whose favor we already have.  No wonder the world wants nothing to do with us.  How can we bear His name if He is love and all we do is hate?

He labored for you so that you could have rest.

Be at peace with one another.  Love one another even when you disagree.  Embrace one another.   Show kindness to those that you think are wrong, because no one has ever changed their belief from losing an argument.  And because that’s not our purpose anyway.  Know that you are enough for your Heavenly Father and live a life to remind others that Daddy loves them best.
Posted by Unknown at 11:03 AM