Lessons Learned from the Ood 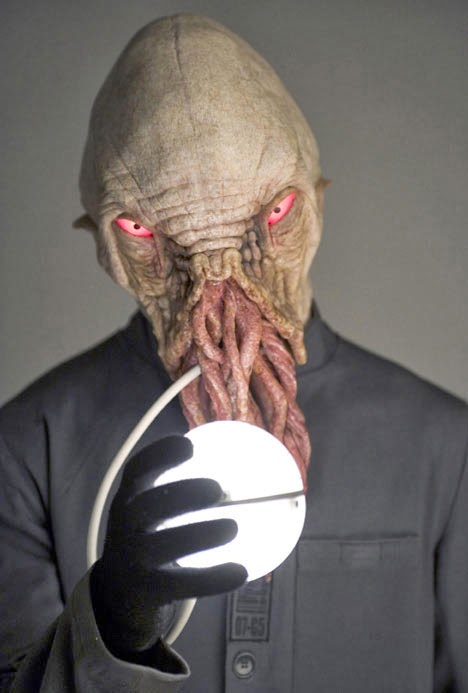 My latest TV Show obsession is the BBC show “Dr. Who” which is seriously addicting!  I started watching it because all my youth kids were obsessed with it and wanted me to jump on the band wagon. So, I did what any good youth leader would do and gave into peer pressure.

It’s basically about this “time lord” named simply “The Doctor” who travels through time and space in his TARDIS (time machine/space ship) and saves the universe from mean aliens (and sometimes mean humans).

On one adventure The Doctor encounters these creatures called “The Ood.”   The Ood are made to be servants to the humans by having their brains removed and replaced with a glowing translation ball that they use to speak.  They are stripped of their ability to think for themselves and are forced into submission without knowing any better.

There are still some Ood who have their brains and they use them to telepathically send messages to their brothers in arms and all the Ood rise up against the mean humans and thus begins the Oodolution!

It was all very dramatic and I found myself cheering for the aliens and against the humans.  Perhaps, because I found I could relate with the Ood to some extent.  I find that many times within the walls of religion our brains are taken from us and we are given our own translation balls that glow with the spiritual jargon of law and duty.

We, like the Ood, are forced into slavery without even knowing it, herded like cattle through one ceremony after the other hoping that eventually one will bring us fulfillment.  Every question or doubt is met with further reprogramming and discipline to bring us into submission.

IT’S TIME FOR A REVOLUTION!
Posted by Unknown at 7:44 PM