The Peter in Me 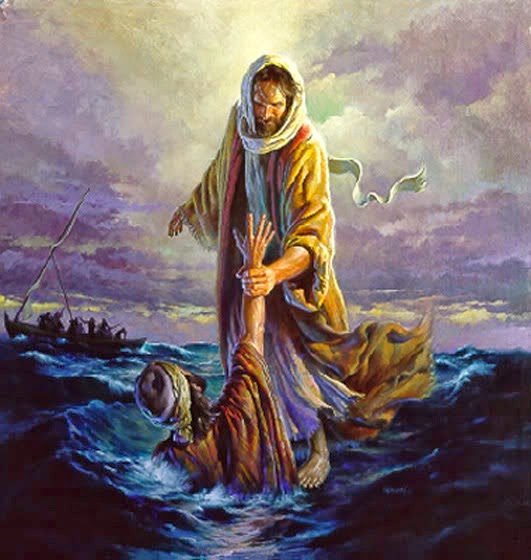 Recently we have been going through a series with the youth about Jesus’s walk to the cross going hour by hour all the way up to the crucifixion.  This week we talked about Jesus and Peter’s interaction.  This got me to thinking about Peter.


I’ve always loved him and found plenty of ways to relate to him.  Peter was always that guy who let his mouth get him in trouble.  He was known for correcting Jesus, talking out of turn, being a smartass, being quick to fight, and many times being doubtful of whether or not Jesus really knew what he was talking about.

Yet, out of the twelve disciples, Jesus chose him to be one of his inner three, his closest friend.  I often wondered why it was that Jesus chose to do that.  I mean, Peter, had to be a handful always mouthing off or correcting Jesus like he knew better.  Still, Jesus held him close and called him the rock he would build his church on.

That is very cool to me!

See, I’m Peter.  I let my mouth run without thinking, I let my sailor tongue wag without censorship, I correct God all the time somehow thinking I know how to handle things better.  I’m sure I would have been the one to declare my unyielding loyalty to Jesus and then, a few hours later, run away with my tails between my legs in his darkest hour.

What is encouraging to me is the  fact that Jesus really loves people like me and Peter!  He holds us close and calls us out to be leaders in his revolution.  Where others see a hot head Jesus sees passion and excitement at change.

You know, right after Peter denied Jesus 3 times and the rooster crowed (randomly at 3am) the Bible says that Jesus turned and looked straight at Peter.  He looked at him not with anger or sadness or disappointment.  He looked at him with love and forgiveness sparkling from the tears in his eyes.  I know this because he looks at me that same way.

Many times I have failed him and many more will come and every time he looks at me with eyes of understanding.  Eyes that drive me to chase after him with all the power in my being.  I can imagine that day when Peter heard from the women of Jesus’s empty tomb, as he took off in full sprint to see for himself, that look replayed in his mind.  I am proud to be a Peter, not for who I am, but for who He has made me.
Posted by Unknown at 5:33 PM