Oldest Trick in the Book 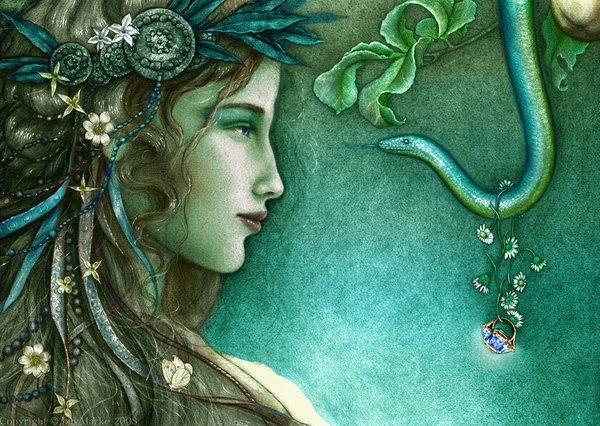 Today’s topic is how Satan works.  I grew up in church and my mindset about Satan was always that he tempted us with those really awful sins that you hear about all the time like murder, adultery, and theft.  Those were all the things that I was taught to be aware of and run from because, you know, those were quick ways to end up in hell!


When I hit high school I learned that Satan used three basic temptations; lust of the eyes (What looks good), lust of the flesh (what feels good), and the pride of life.  From this education I formed an idea of how I thought Satan operated and thought I had figured out most of his tricks. Oh… but he was much craftier than that!

Recently, I’ve been discussing and looking at Adam and Eve in the garden.  If you look at how Satan operated in the garden it gives a lot of insight into how he likes to work.  Eve is in the garden and the first thing the serpent says is, “Wow, so God told you not to eat from ANY of the trees?!”  and of course Eve corrects him (she is a woman after all) and tells him they can eat of any tree but that big one in the middle, the tree of the knowledge of good and evil.  Here’s the part where he gets really tricky!  Then he says, “Well, the real reason God told you not to eat that is because He knows that it will make you like him!”  As we all know, that’s when Eve takes the bait.

I don’t blame her really, of course she wanted to be like God! Who wouldn’t?!  Here’s the kicker though… she already was!! She hung out with him on a daily basis!  She literally had the insider trading secrets on what he was all about!  Satan tempted her with something she already had!

Guess what?  He is pulling the exact same con today!  His temptations aren’t in things like lying, sleeping around, getting drunk, stealing, and murder.  Those are just the symptoms of something far more destructive.  Today, he tells us, we have to do more things to get more from God; that we have to live perfect lives to get favor from God.

WE ALREADY HAVE THAT!

We already have the full favor of God through Christ!  He already sees us as perfect, holy, and lovely!  It’s not about what we do or how good of a Christian we are that day that makes us right with him; if that were the case then Jesus died for nothing!

Do you see how slick Satan is?   Don’t let him fool you!  We walk hand in hand with God every day.  We have the full opportunity to get everything we need from him.  There is no judgment because you have already been judged by Christ’s sacrifice!

It's an easy lie to believe because, honestly, we don't deserve any of that!  I mean to think that we are called sons and daughters by the creator of the universe; that the one who should throw us aside because of our crimes against him instead embraces us; that he calls us holy; well... that's crazy! That's the beauty of grace, it makes life a little crazy and at the same time so wonderful.  Don't let Satan use that desire to be close to God make you forget that you already are.  Let your desire for him bring you peace in him and not fear of him.
Posted by Unknown at 10:12 AM