4 Lies That Religion Tells About Grace 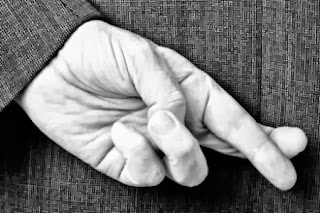 As many of you who follow my blog know, I grew up in church. Not only did I grow up in church, but my family was in the ministry business, which meant I was in, around, and hearing about church constantly. I heard quite often of God’s unconditional love for those outside the church and his patience with unbelievers, but it seemed that once you were “on God’s team” His favor was something you had to work hard to gain.  This drove me away from Christianity and left me with a skewed view of what grace really was.  The more I learned about God’s grace and love for me apart from my efforts, the more I was able to distinguish some of the lies that I was told and still hear today about grace.  Here are my top four lies that religion has told me about grace:

[1] Teaching grace means that you are throwing out the law.

This lie is number one for a reason.  It is definitely the most common argument against teaching grace and actually reveals a twisted view of the law.  If we believe that the law is attainable, that our right living can somehow gain us favor from God, then we have a pretty low view of the law and a pretty high view of ourselves.  The message of grace views the law as a perfect and unachievable standard; one that can only be reached by accepting Christ’s completion of it on our behalf.  The choice to live by grace shows that you have a high view of the law, not a low one! Christ did not come to throw away or get rid of the law; He came to complete it! After accepting Christ’s sacrifice, God sees us not as if we had never sinned, but rather, as if we had kept the entire law for our whole lives!

This lie is not necessarily one that is said outright; no, Satan is much smarter than that.  Maybe it was just my personal experience but any time that I heard about grace in the church it was in terms of something to come.  God’s grace became my ticket out of Hell (or fire insurance as the clever ones called it) but it had little impact on my daily life.  Grace, then, had the power to save my soul from Hell but not my life from addiction.  Viewing and teaching grace in this light makes it weak and watered down.  Grace has the power to transform lives, heal marriages, break addiction, and restore relationships!  Why would we want to limit its power to usefulness only in death?  Let us abandon the bonds we’ve placed on grace and find freedom in how reckless it really is!

[3] Those who teach grace ignore sin.

As with most things, those who don’t regularly sit under teachers of grace make assumptions about what they teach.  I absolutely believe that there are some gracers out there who completely ignore the sin of their followers and puff themselves up with how accepting they are; the same thing happened in Paul’s day too!  Does that mean we should throw out grace altogether?  Or worse, should we mix it with some law?  Of course not!  Grace is not an overlooking of our sin; it is a cleansing from it.  Grace does not ignore our brokenness; it heals it.  Grace is not a pain killer; it is a cure.  Grace does not teach us to ignore our sin but rather to live out of the forgiveness we have already received for it, letting that become our drive towards a desire to do good.  Grace, then, is not a license to sin but an ignition of a desire not to.

[4] Those who say we don’t have to be obedient to receive blessing cheapen grace.

Tullian Tchividjian says it best, “Grace works without requiring anything on our part.  It’s not expensive.  It’s not even cheap.  It’s free.”  How can we cheapen something that is already a free gift to us?  In fact, those who choose to live a life driven by doing good to gain from God, actually make Christ’s sacrifice worthless!

“I have been crucified with Christ, and it is no longer I who live, but Christ lives in me. So the life I now live in the body, I live because of the faithfulness of the Son of God, who loved me and gave himself for me.  I do not set aside God’s grace, because if righteousness could come through the law, then Christ died for nothing!” –Galatians 2:20-21

Grace is incapable of being made cheap.  It was bought with a high price, the blood of one who loved us more than we can ever imagine when we least deserved it.  The price has been paid in full so that we might enjoy it free of charge!  Grace cannot put on layaway, making a payment every paycheck, hoping one day we get to enjoy what we worked so hard for.  It is ours, in fullness, right now.  Let us freely enjoy the lavish love of our Father!


Have you heard these lies before?  Do you find yourself believing them without even thinking about it?  Dare to doubt what your religion has told you.  Be brave enough to believe that God’s pleasure is not dependent on your obedience.  I guarantee that you will find freedom from worry, peace in the midst of struggle, and a genuine desire to live a life of love!
Posted by Unknown at 12:15 PM