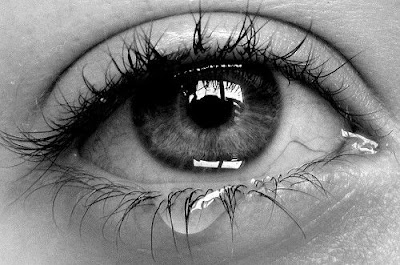 Last night, for the first time in a very long time, I sat in a room with people that I love dearly and felt out of place.  The room overflowed with warmth and rang with laughter but I couldn’t stop feeling cold inside.  I tried to put my struggle into words but fumbled and stuttered out only a scratch on the surface of what I was feeling.  I’m much better on paper.

So many answers, floods of opinions, solutions to my problems filled my mind and I couldn’t help but feel a little more weighed down by good intentioned words of wisdom.  Sometimes I just want to be held and reassured that someone else doesn’t have the answers either.  The evening ended with exclamations of feeling God’s presence in the room and all I could think was, “Well, He sure as hell didn’t show up for me!”

I feel like darkness is my reality as of late.  I find no satisfaction in places with the answers.  So many answers.  Do we really have all the answers?  There are days when I feel like I should just shut up and go away, when there is so much happiness and I just hurt.  Does everyone have those days?

We talk about needing balance and it makes me feel more estranged as my adventures with God seem to be awkwardly imbalanced as I chase Him down winding roads of extremes.  It’s hard for me to see balance in a God whose Son walked this earth saying things like, “Blessed are the peacemakers, for they will be called the children of God.” and, “Do not think that I have come to bring peace to the earth. I have not come to bring peace but a sword.  For I have come to set a man against his father, a daughter against her mother, and a daughter-in-law against her mother-in-law, and a man’s enemies will be the members of his household.”  Which translates to black and white thinkers like me who genuinely desire peace that, that desire will never be met.

In some moments I feel so intensely close to God and in others He feels painfully distant.  That is the struggle of being a broken human with a holy spirit, I guess.  I drove home, tears of anger streaking my cheeks, red from the cool fall air.  I screamed at God.

“YOU MAKE NO SENSE TO ME!  HOW AM I SUPPOSED TO UNDERSTAND WHAT YOU WANT FROM ME?!  WHY DO I HAVE TO BE THE STRONG ONE ALL THE TIME?!  CAN’T YOU JUST GIVE ME A DAMN BREAK EVERY NOW AND THEN?!”

Sleeplessness plagued me and words of brokenness inked the tattered pages of my journal as I tried desperately to draw near to Him.  Dual personalities waged war for control within my soul, cries of injustice screamed for resolution and whispers of forgiveness sighed for rest.  Two opposing truths tore me apart from inside myself.  The clock passed from PM to AM effortlessly and exhaustion forced me into sleep.

This morning I awoke early.  As I sat on the edge of my bed with my head in my hands, rubbing away the dark circles under my eyes, a fleeting thought tip-toed through my mind; Jesus wept.

That was all.  Just two little words.  Jesus wept.

He did, you know.  In fact, He did more than once.  He wept bitterly and irrationally for the loss of His friend even though He knew moments later that He would raise him from the dead.  He threw himself on the ground in brokenness the night before His death and cried out in desperation to His Father for escape from His appointed future.  He wrestled with it.  He wanted to run away.  He wanted support from His friends.  He wept.

I guess if the God who created this world, who slipped into skin and walked it with calloused feet, is allowed to weep then I am too.  I take comfort in that.

I will end with hope, though it is a small flickering flame for me this week, because the smallest of lights shines brightest in the darkest of places.  The happiest of ever afters came at the end of the story that began with “Jesus Wept”:  That God might be near to us even on the nights when He feels painfully distant.  I will take comfort in knowing that the most beautiful endings come after tears.