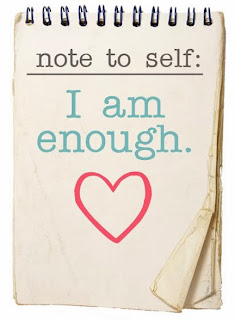 I made a recent discovery this week about a passage that I have heard quite a few times but never really listened to before.  You know what I mean, one of those verses that we quote and get quoted to us that, with the first word, trigger our ADD and we suddenly become distracted selective hearers that forgot to take their Ritalin.  This verse is one of those verses.

Then Jesus was led by the Spirit into the wilderness to be tempted by the devil. After he fasted forty days and forty nights he was famished. The tempter came and said to him, “If you are the Son of God, command these stones to become bread.” Matthew 4:1-3 (NET)

I’m sure most of you have heard that verse before.  Probably 9 out of 10 of the sermons I have heard on it use this verse as the starting point to “reassure” us that Jesus was tempted and did not give in so the same is expected of us.

That’s great.  Jesus was tempted, He felt what we feel, we aren’t alone, He understands, blah blah blah.  Yeah, I get that and yes it’s wonderful that we have a Savior who can relate to our struggles but I always heard those things and thought to myself… buuuuuut He’s Jesus so, I mean really it wasn’t that big of a temptation!

It was not until this week that I realized what verse immediately precedes this one.

After Jesus was baptized, just as he was coming up out of the water, the heavens opened and he saw the Spirit of God descending like a dove and coming on him. And a voice from heaven said, “This is my one dear Son; in him I take great delight.” Matthew 3:16-17 (NET)

Do you see the beautiful picture here?!

The Spirit of God came and called Jesus His Son.  God named Him enough, loved, pleasing, and pretty freaking delightful!  God gives Christ His Spirit and with it His identity.

Then Satan does what he always does using the same lie he always uses.  He says to Jesus, “I know you were just told that you are a loved son, but if you REALLY are the Son of God you better prove it!”

Isn’t that a familiar lie?

“I know you’ve been told you are loved even when you fail, but you need to do some things to prove it!”

“I know you’ve been called enough but if that’s really true you should get up at 6 am and read your Bible.”

“I know you’ve been told He is one with you but if that’s really true you should be cleaning up your act.”

The oldest war that rages between God and Satan: God’s gift of identity and Satan’s questioning of it.  God’s gift of freedom and Satan’s addition of requirements.  God’s completed contract and Satan’s insertion of fine print.  It is Satan, not God, that is in the details.

This is not a new story.

Just this week, Satan tried to stick a new nametag on my chest.  He tried to convince me that my love for the broken and my pursuit of freedom made me unfit to hang out with Jesus.

I began to believe him and that made me angry.

Who the hell is Satan, or the church, or any one of us to say who Jesus gets to hang out with?  He doesn’t play by our rules anyway.  He called a boy to fight a giant, a fisherman to start his church, a prostitute to find his empty tomb, a murderer to spread his message, and a thief to write his gospel.  He is in the business of new identity.

He tears away that flimsy name tag that Satan foolishly thinks will stick to reveal “enough” tattooed across our hearts.  As if Satan even stood a chance.

I guess it comes down to which identity we choose to live by.  The tattoo will never go away or rub off but it is our choice whether we show it off or cover it with the crumpled name tags that have been delivered to us by those around us.

Luke’s telling of this story begins with these words, “Then Jesus, full of the Holy Spirit, returned from the Jordan River and was led by the Spirit in the wilderness…”  Jesus walked away that day secure in His identity not because He was God, but because He was full of the Holy Spirit.  That same spirit that is fused with us, moving and working within us, that’s what made Jesus secure enough to tell Satan, “Shut up, dude!”

What a beautiful picture of how truly powerful we have been made.  How glorious it is that our identity can never be stripped from us even when we don’t believe it.  Our gracious Father looks down on us and says, “This is my dear one; in her I take GREAT delight.”

So then, let us delight in being delighted in.  Let us rest in His being at rest.  Let us find peace in knowing He is pleased.  Let us embrace our identity and show off our tattoos.
Posted by Unknown at 10:18 AM