Junk in the Trunk 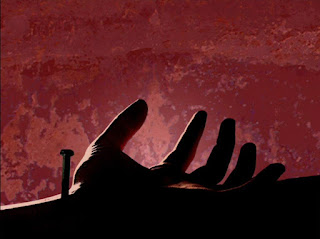 So I have some junk.  Some of it is my own junk and some of it is junk that got tossed on me from junky people that strolled through my life at some point.  Recently in my counseling sessions I’ve had to dig up and deal with some especially gross junk.  This is junk that I had buried so deep and had ignored for so long that it seriously stank up my world when I dragged it out.  Now, this particular junk is some that I have because someone hurt me.  Someone I loved and trusted hurt me deeply.

This junk is especially cumbersome and the longer I hang on to it the more it seems to spread and create mold and infection in other otherwise junk free parts of my life.  Now, I could easily get rid of this junk.  I’d just have to, you know, forgive the person that has hurt me the most in my life, no big deal, right?  Wrong.  There’s this war inside me where on one side of the battlefield is this desperate desire for freedom and release from the hurt of the memory and on the other side is this deep need for justice and punishment for the hurter.  And so I hold tightly to my hatred and anger thinking that it somehow gives me control over the junk.

Forgiveness is hard.  I think it’s the single hardest thing for us as humans to do.  Why?  Because it requires us to relinquish our control.  Not only that but quite honestly some part of me believes that if I were to forgive that person for that thing I would be saying that what they did was ok, that what they did is free from punishment.  This is a lie that I have subconsciously and subtly bought into and while I grasp tightly to my control I am held captive by it.

This week I was reading once again the account of Jesus’s crucifixion in the gospels (Matthew 27, Mark 15, Luke, 23, and John 19).  Crucifixion is still to this day considered one of the most gruesome and torturous forms of execution and that’s just how He died.  Before Jesus even made it to the cross he was extensively beaten to the edge of death, kept up for hours, dehydrated and starved, mocked and stripped naked, and crowned with thorns (and not little rose thorns either, big ole boys) that were beaten into His skull with a rod.  I mean no wonder they had to have someone carry His cross for Him it’s amazing that He was even standing by that point!  Then after all that, that’s when He faced the most excruciating form of death known to mankind.

One of my favorite verses is Galatians 2:20, “I have been crucified with Christ, and it is no longer I who live, but Christ lives in me. So the life I now live in the body, I live because of the faithfulness of the Son of God, who loved me and gave himself for me.”  I have often been overwhelmed by the implications of this verse for me personally.  That my screw ups, my sin, my failures, every time I wasn’t enough to measure up to God’s perfect standard, were nailed to that cross with Christ and that His perfection was credited to me—it’s incredulous.  When I think about that verse this way I find myself heartbroken that Christ had to endure such suffering on my behalf.  That on its own is an unfathomable love.  But… this week I had a new revelation.

As I read the verse again this week I found my mind wandering back to my junk.  Inside me surged anger and hatred and bitterness and I began to think of all the things that junky person deserved to have happen to them, including but not limited to: being tortured, beaten, and having their reputation ruined.  And then… I had a breakdown.  I had a breakdown because a thought sneaked through my mind and I’m sure it was God.

You mean like Christ was tortured, beaten, and mocked?

It was then that I became truly aware, maybe for the first time, that not only have I been crucified with Christ but so have the people who have hurt me.  I pictured that person, that evil awful person who deserved punishment, there on that cross dripping with blood limp and lifeless, and I wept.  I wept not because I was sorry, but because this was the first time I was happy to see Jesus hanging there on that cross.  My God… oh, my God, loved me so much that He not only cleansed me of MY sin, but endured unimaginable pain so that those who hurt me deeply would not go unpunished.

It doesn’t make sense.  I know.  Then again, God’s never really been One to do things how we would do them so I’m not surprised much.  So what does this mean for us?  Well, it means we are free to forgive.  It means that we can let go of that hurt.  It means that forgiving them doesn’t mean they get away with it and Jesus has the scars to prove it.  It means that God loves us more than people hurt us and He’s willing to put it all on the line to prove that.  It means that, once again, His grace is more dangerous and extravagant than religion can contain.

I’m not going to lie to you and say that after this realization all my junk is gone and I’ve completely forgiven the junk bringer and life is all rainbows and unicorns now because that’s ridiculous.  I’ve still got hurt to work through, but I’m getting better at learning to rest and let Jesus do the work.  A few weeks ago a friend of mine said to me, “People talk about healing like it doesn’t leave scars.”  Healing leaves scars.  (Just ask doubting Thomas I hear he’s seen some doosies).  It’s ok to hurt.  It’s ok to struggle.  YOU ARE FREE TO STRUGGLE.  But you are also free to have healing and wholeness and Jesus has all that you could ever want or need.  I know because I have a lot of junk and I have a lot of Jesus and you know what?  Jesus is pretty great at junk clean up.

So may you hurt.  May you drag your junk out of that dark corner and be stunned by it’s stink.  May you cry and breakdown and be empty.  From that emptiness may you be overwhelmed by Christ’s infinite fullness.  May you experience the audacity of Christ’s extreme forgiveness and love for you.  And from it may you find the strength to forgive those who have hurt you and find that it sets free in you more than you thought was held captive.
Posted by Unknown at 11:27 AM