Only God Can Judge Me (but He Already Has) 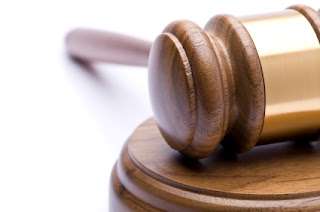 One night this week I listened to some one speak of God with vigor and passion.  But it was not the God I know.  There was fire in his words, commitment in his voice, and energy in his eyes, all fueled by a lifetime of belief.  He called others to his cause and he was happy to do so.  But I was saddened.  That night I heard once again of a God not unfamiliar to me, the God of judgment.  The God that leaves His believers trembling in fear at the thought of falling short.  The God of demand and expectation.  The unsatisfied God.

I sat in silence as I heard these words focusing all my energy in controlling my facial expressions so it wasn’t blatantly obvious that I was not a fan of what was being said.  I thought to myself how can anyone serve such a God?  How easily I seem to forget that I once believed in Him too.

Now, let me be clear, it’s not that I don’t believe in a God of judgement or complete and pure justice, because I do.  In fact, I so believe in a God of judgement that it requires me to believe His standard in much too high for my reach.  His standard is so high and so resolute that He is the only one who could accomplish it.  Which, as I understand it, is the whole point of Jesus.

One might argue against me, “There are many verses that speak of God’s wrath and judgment in the Bible!  What about those, huh?!”  Once again I repeat myself, I am not saying that God is not a God of judgment, I just happen to believe that the judgment has already happened.  If you don’t believe me, if you think God’s wrath has not been quenched, I dare you to re-read the account of Christ’s crucifixion and say to me that what happened to Jesus wasn’t enough.

God made the one who did not know sin to be sin for us, so that in him we would become the righteousness of God. -2 Cor 5:21 (NET)

He did this so that while we were actively against God and deserving of judgement, the judgement could be poured out and we could be reconciled to God FOREVER.  Now that’s some serious one way, bring you to your knees, love!

But God demonstrates his own love for us, in that while we were still sinners, Christ died for us. Much more then, because we have now been declared righteous by his blood, we will be saved through him from God’s wrath. Romans 5:8-9 (NET)

Look, you guys know me, you know I’m not shy about my junk (and there’s a lot of it).  You know I screw up more often than I get things right.  I fall short more often than I make it to the finish line.  I break things, because that’s what people do.  That, however, is not who I am.

Because Christ got it right, I am perfect even when I screw up.

Because Christ finished it, I am a success even when I fall short.

Because Christ reconciled things, I am an ambassador of wholeness even when I break things.

See, it has everything to do with Christ and nothing to do with me.  That’s what makes grace so outlandish really.  The One who deserved blessing received wrath so that we might share in glory.  How could anything we do ever compare to that gift?

May you know, confidently and completely, that God is not angry with you.  May you stand boldly in the truth that there is now therefore no condemnation for those who are in Christ Jesus.  May you be empowered by the knowledge that God’s wrath was satisfied by Christ’s willing and chosen sacrifice on your behalf.  May you wrestle and struggle with these facts and may coming to believe them reassure you that who you are is not defined by what you do.
Posted by Unknown at 8:53 AM