4 Lessons I Learned The Hard Way 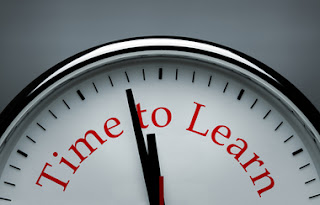 When I say that I learned these lessons the hard way what I mean is that I learned then by… well, by screwing up.  Which I tend to do quite a bit of and which I’m grateful to say allows me to experience God’s grace in fresh and new ways quite regularly.  So, today I thought I’d share a few of my screw ups with you all and the lessons I’ve learned from them with the hope that you get a new perspective or at the very least be able to relate to one or two of the struggles.

I know some things about some stuff, and if I’m being honest I do like to flex my intellectual muscles sometimes… Ok, Ok, a lot of times.  Some of that probably comes from my voice and opinions being squelched at one time in my life and a desire to make sure that doesn’t happen again.  The other part of that comes from the justice lover in me needing to make sure that no (perceived) falsehood goes unchallenged and that no space of hurt goes unredeemed.  Which are innocent enough desires, but maybe a little self-involved.  So, I talk and what happens is sometimes I talk so loudly that nobody hears me.  Then I find myself frustrated and misunderstood and unheard.  I end up achieving the opposite of what I want.

Just within the past year I’ve learned that sometimes my silence speaks louder than my words.  Sometimes choosing to say nothing says everything.  I have found that I have more power in one sentence, well thought out and spoken softly, than I do in any long angry speech.  How did I learn this?  Well, by giving a lot of fruitless long angry speeches that hurt people and sabotaged my message.  Luckily, God didn’t vote me off the island! In fact, in the midst of this, He called me to speak for Him and I was once again overwhelmed by His grace.  As always, I find that He has much more faith in me than I do.

2) Just because God brings something into your life doesn’t mean you should try and fit it into your plans.

Talk about learning a lesson the hard way I feel like there are times when this lesson still hasn’t quite sunk in!  So here’s how this usually works in my life:  God gives me some lemons. They are some pretty good looking lemons, perfectly ripe, and I think to myself, “Oh these must be for the lemonade I was planning on making!”  Well how do I know God wasn’t planning on using those to make lemon cookies or lemon meringue pie, or a nice lemon sorbet?  Well, I don’t.  I just know that I want to make lemonade and God gave me lemons.  I get one ingredient and assume I know what recipe God’s using.

I fully believe that God brings things into our lives with purpose and planning.  I also believe that even if we make the wrong thing with our lemons that doesn’t mean God’s going to be upset with us or that somehow our lemonade will be cursed.  I’ve just learned that maybe I should ask God what recipe He’s using before I start squeezing lemons.  After all, His recipes always seem to turn out better than mine for some reason.

3) Self-care is not selfish.

So here I am, the retreat minister, who is constantly telling people of the need and benefit of resting and being still, and I am actually the worst at taking time for myself.  I have to purposely put on my calendar “Do nothing” in order for me have a day of rest.  Seriously, I schedule times of nothingness.  I know this sounds like a bad Seinfeld episode, but really it’s true!

For a long time I thought that doing anything for myself was being selfish and so I worked and worked and worked for other people until I finally just collapsed in exhaustion and burnout.  You add the belief that self-care is bad to the fact that I have an anxiety disorder and you get panic attacks, depression, and addiction.  A recipe for destruction if there ever was one!

One thing that really opened my eyes to the fact that not only is self-care a good thing but it’s actually something needed and important, is discovering that even Jesus took time to get away and be alone and rest.  You see this several times in the gospels, especially after times that are more draining and demanding of His spirit.  He would get in a boat alone and sail across the sea or he would go for an early morning walk and leave His disciples sleeping.  I imagine during those times He took naps or maybe just laid on the beach and listened to sounds of the ocean, taking in the love of the Father.  Self-care needs to be a priority for us.  We can’t give to others if we don’t take time to receive from the Father.

4) Independence is not the same thing as strength.

I was at a conference recently during which one of the speakers ended with this prayer, “God protect me from the illusion that I am an independent being.”  I asked him afterwards what he meant by that and he told me, “Choosing to live independently is choosing to live outside of community, and ultimately leads us to believe that it is up to us to get everything together on our own.  Where is there room for Christ in that?”

I am STILL trying to retrain my mind to see the lie that being independent is being strong.  We were created for community, to bear one another’s burdens, we were never meant to do life on our own.  Not only are we hardwired for community with one another but we were designed for community with God!  From the moment of humanity's creation God shows Himself to be a God of community, a God who wishes to walk with us in the coolness of the garden.  When we, when I, pursue independence I’m essentially saying to God, “Nah, I don’t wanna hang out with you, I’m good on my own thanks.”  I exchange His strength for my own which, is a pretty piss poor substitute.

If you can relate to any of these, I hope maybe my lessons offered some insight into your struggle.  If you can’t relate to any of these, well then maybe you can just learn the lessons vicariously through me so you can avoid the hard part! Either way, my desire is that you see the greatness of God’s grace interwoven in the nooks and crevices of the hard lessons and that you get the wonderful opportunity to experience it in your own life.
Posted by Unknown at 7:08 AM