5 Verses i Never Knew Were in the Bible

I’ve been in church a long time and I thought I was pretty knowledgeable about the Bible and what was printed on its pages.  I didn’t have the whole thing memorized or anything but I thought I had it down.  The more I research and scuba dive in the depths of grace, the more passages I find that I had no idea were even in the Bible.  This proves to be amusing to by dad and my pastor when I get all fired up about my discoveries.  Here are just a few verses I found that I never knew existed. 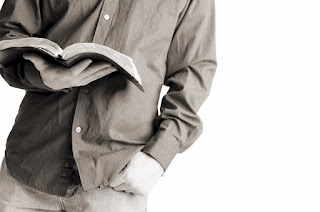 1-  “Now the law came in so that the transgression may increase, but where sin increased, grace multiplied all the more, so that just as sin reigned in death, so also grace will reign through righteousness to eternal life through Jesus Christ our Lord.” –Romans 5:20-21

2-  “Nevertheless, even among the rulers many believed in him, but because of the Pharisees they would not confess Jesus to be the Christ, so that they would not be put out of the synagogue. For they loved praise from men more than praise from God.” –John 12:42-43

This little nugget I found while doing some research into Jesus’s life.  I had no idea that people in the higher class and even among the rulers believed in Jesus!  Those are guys you don’t really hear about much other than when Jesus is getting on to them.  They believed in him but wouldn’t admit it because they were afraid the Pharisees would throw them out of the synagogue.  I wonder how many people believe the message of grace but won’t admit it because they are afraid to get thrown out if their churches, private schools, and Sunday school classes by the Pharisees of our day.  Do you love the praise of men more than the praise of God?

3-  “And you were at one time strangers and enemies in your minds as expressed through your evil deeds, but now he has reconciled you by his physical body through death to present you holy, without blemish, and blameless before him.” –Colossians 1:21-22

This verse has become a staple in the life of Jess because I find it so absolutely accurate.  I was once an enemy, in God’s eyes? No! In my own mind!  Because I did bad things? No! The bad things were just an expression of how I thought God saw me.  Then something amazing happened, Jesus came, and he didn’t just make me right with God, he didn’t just forgive my sins, he made me HOLY and BLAMELESS and WITHOUT A BLEMISH before God.  You can’t be sort of holy, sort of blameless, and sort of without blemish.  Those are all or nothing statements and we are ALL of them.

4-  “What then shall we say that Abraham, our ancestor according to the flesh, has discovered regarding this matter? For if Abraham was declared righteous by works, he has something to boast about—but not before God. For what does the scripture say? “Abraham believed God, and it was credited to him as righteousness.” Now to the one who works, his pay is not credited due to grace but due to obligation. But to the one who does not work, but believes in the one who declares the ungodly righteous, his faith is credited as righteousness.” –Romans 4:1-5

The yellow part is what really sticks out in my mind.  Abraham did nothing to earn God’s favor, he simply accepted God’s blessing and had faith that God would do what he promised him.  That’s all, and God says, “Boom! Righteous!”  So often within the church we try to become more righteous by our acts of service in the name of God.  We are driven by our obligations to family, friends, church, and God.  All that God wants, all that we have to do is accept the depth of blessing and grace poured on us and have faith that God will do what he’s promised us.  That’s when God chimes in with his same old, “Boom! Righteous!”

5-  “And God is able to make all grace overflow to you so that because you have enough of everything in every way at all times, you will overflow in every good work.” -2 Corinthians 9:8

This verse is located in a passage talking about giving and service within the church.  It speaks to our motivation.  I, often times, find myself feeling empty and pulled in a hundred directions by all the ministries I’m involved in.  That’s when I have to remind myself of the excessive grace being poured on me and let it fill me up.  Then it begins to overflow and it fuels my desire for service, giving, and community with those around me.  Remember, you can’t give out what you haven’t received.

Did anyone else know these were in the Bible?  They’re awesome, right?!  So, my advice, for what it’s worth, don’t just assume you know what’s between the leather of your Bible and don’t just listen to what is being preached at you from it.  Dig in, go exploring, find some new species and share them with us fellow revolutionaries!
Posted by Unknown at 9:59 AM