4 Overused Phrases We Hear in Church 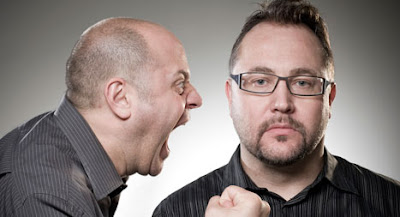 Along with millions of other human beings on this planet, I grew up in church.  There were certain phrases I heard quite often that, after a while, became meaningless, some even became annoying.  After my hiatus from church/religion, some of the more archaic phrases of Christianity just left a bad taste in my mouth as I determined never to let them cross my lips.  There are others that I have grown to love as I dove into the deep end of their meanings.  The following are a few phrases that most of us have heard in church and that, I think, could use a makeover:

I think this is one that we as Christian’s say when really we don’t know what to say.  A friend of ours is going through something difficult and we respond with, “I’ll pray for you,” For some it offers comfort, for others, like me, it just annoys and frustrates us.  I often times thought sarcastically to myself, “Yeah… thanks for that.”  It has become a phrase that is overused and under-appreciated as we use it in an attempt to comfort someone without actually having to give anything of ourselves.  What if instead of saying “I’ll pray for you” we said “I love you.”  What if we said, “I don’t know what to say, but please tell me how I can help you.” That might just mean something.

2- “Accept Jesus into your heart.”

This is one of those phrases that is so overused most of us instantly stop listening as soon as it escapes from another’s mouth.  It waters down what’s actually going on when you take in the wonder of Christ’s sacrifice. It paints a picture in our minds of a little action figure sized Jesus taking up a little room inside us while not really changing much about us.  The greatness of taking in Jesus is so much more than that!  In fact, when you read in 1 Corinthians, you will find that we actually become one with Him in spirit! He bonds us together as one, never to be separate again.  He doesn’t just come rent a room in our hearts, He becomes ONE with us!

This one you hear quite a bit when the discussion of who we are to God comes up.  It’s a statement that loses some of its “umph” in our culture.  Back in the good old days when it was written adoption meant something very different than it does to us today.  In that culture you could disown or disinherit one of your biological children but you couldn’t do that to one of your adopted children.  Children of adoption were forever sealed as one of the family.  Adoption came with security, love, and eternal acceptance.  Knowing this makes verses like the one in Romans 8 so much more impacting.  “For you did not receive the spirit of slavery leading again to fear, but you received the Spirit of adoption, by whom we cry, ‘Abba, Father.’”

I have heard the mantra too many times to count.  Many times it’s used to explain how Christian’s should deal with sin.  Why is that sin is the awkward subject that we don’t really know how to deal with in church but know without a doubt that evil and ugly?  My personal thoughts on this phrase is that it has become something we say and not really something we do.  We find ourselves getting so caught up in hating the sin that it breeds anger, resentment, and ultimately hatred towards the sinner.  What if instead we do what Jesus did and instead of worrying about which one it’s ok to hate, we just shower people with love and point them towards freedom?  We should worry less about being “of the world” and join Jesus in partying with the sinners.