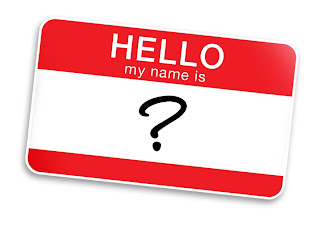 I’ve taken a small hiatus from the writing scene lately.  At times I feel overwhelmed by how many things need to be written about and I retreat to the pages of my own personal journal as I get all of my thoughts together.  A concept has become a reoccurring theme in my recent musings, the idea of a name.

What is the power of a name?  Why does it matter what we’re named, what people call us, or what we allow our title to be?  What does naming something do?

It’s strange how much power a name has.  For instance the difference between your husband/boyfriend calling you “Babe” or calling you “Baby.”  This one might just be me personally, but “Babe” sounds more like a name of possession, “You’re my girl!” and “Baby” has the feeling of sweetness, intimacy, and care.  “You’re my love.”  One letter difference, a name change, and completely different feelings emerge.

When you’ve been hurt by someone the sound of their name lights a fire of anger, resentment, and hurt deep within you, as you quickly try to change the subject.

The names you were called by teasing classmates in the dark corners of the gym locker room haunt you into adulthood.

Why does a name mean so much?

When I was younger my family called me sweet names like Possum, due to the fact that I always faked like I was asleep when dad came to wake me up in the morning, and Jessie Poo (obviously that one came from mom).  In college, my close friends called me Peanut after a high energy ventriloquist puppet from a popular comedy routine.  I loved those names, they were sweet, and they incited a smile every time I heard them.

I’ve been called many other things in my life too; addict, broken, messy, rebel, trouble, problem child, hard, tough, misunderstood, stubborn, too honest, evil, heathen, a false prophet (that was a new one), and even a bitch a few times.  It’s interesting how quickly those names jump back into my mind, much more so than the former sweet names.

The power of a name isn’t in the word itself; it’s not the letters in a row or even the definition of the word itself that makes it mean so much.  The power in the name is how it defines you.

That’s why God puts verses in the Bible like the one in Isaiah that says, “You will be called by a new name that the Lord himself will give you. You will be a majestic crown in the hand of the Lord.”

There are many pictures of people being given new names after life changing encounters with God.  Abram and Sari became Abraham and Sarah, Saul the destroyer became Paul the humble, and Simon became Peter, the rock of Christ’s church.

God hasn’t changed.  We are given a new name for every awful one we have ever been called after our radical encounter with Christ.  Where we were once called “Broken” he names us “Whole.”  Where we hear “Ugly” he shouts “Beautiful.”  When we are a mess he calls us perfect.  We have BEEN renamed.

It’s not just in the process of happening as we work a little harder to be a better person.  Our name has already BEEN, past tense, changed.  It is done, written on the heart of Christ, tattooed on our spirits for the rest of eternity!

So, you might ask, “What does that mean for me?”  It means you are no longer defined by your past.  It means you no longer have to answer to that voice inside your head that calls you no enough.  It means you can live in freedom knowing that you are named by the one who sees you as perfect.  In the words of Madea, “It’s not what you’re called; it’s what you answer to.”

What will you answer to? 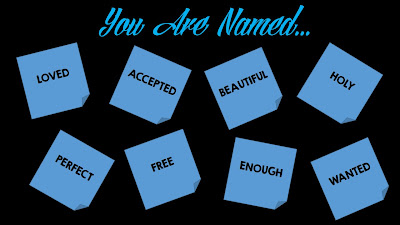