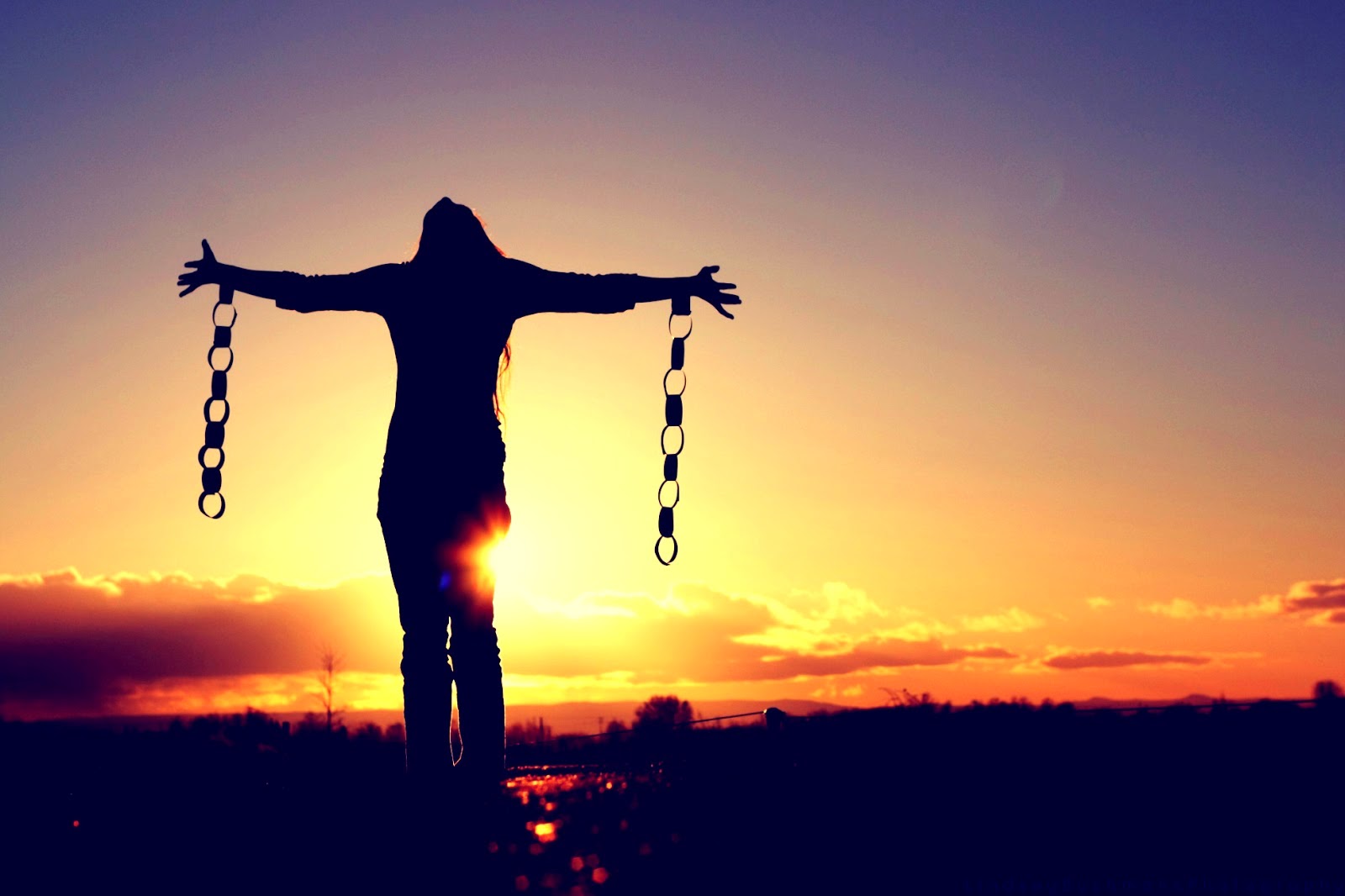 As I read through the book of John, I found myself being pulled in line by line as I became even more enamored with the Jesus that I thought I had figured out.  I found the way He related to people enchanting and His compassion inspiring.  Constantly, He is being accused, pressured, questioned, conspired against, and called names.

People loved Him for what He could do for them but forsook Him when they thought He was powerless.  The men who should have been on His side, the ones that were supposed to be close to God, instead spread rumors about Him.  Even His own family, his hometown, and at times His best friends, were ashamed of Him.  He was different and people are afraid of different.

See, Jesus didn’t fit the mold.  He didn’t look the way that God was “supposed to” look.  He didn’t act the way that God was “supposed to” act.  Religion painted God as demanding and ruthless with a swift hand of judgment.  Jesus came and said things like, “the Father does not judge anyone, but has assigned all judgment to the Son” and “If anyone hears my words and does not obey them, I do not judge him. For I have not come to judge the world, but to save the world.”

The religious leaders said, “No, He can’t be God, that’s not what God looks like!”

So often I hear the same words coming from different mouths, shouted from behind pulpits instead of through temples.  They waft through the air polluting our churches and poisoning our people as they all begin to believe in a god that Jesus looks nothing like.  The same words slither their way towards me every time I:

Wish my gay friends congratulations on their wedding.
Go to a strip club to lead worship for a small church meeting in it.
Support a pregnant teen, still living unwed with her boyfriend.
Dare to tell youth students they don’t have to read their Bible to be pleasing to God.
Declare my finding of worship in a classic rock song.

All are answered with, “No, that’s not what God looks like.”

Really?  Because I’m pretty sure that’s what Jesus looked like.  Then again, religion said the same thing about Him.  The age old tradition continues, that those who think they are in the light live bound in their shadowed corners lashing out at those who expose their depravity for what it is.

Jesus knew this would happen, that those who bore His name, who spoke His message, would face hatred and pain and rejection.  In His last moments of freedom, shortly before He would be handed over to His death, He prayed this prayer over His disciples, His best friends.

I have read the above verse at least 10 times this week.  As I read it again I can’t help but be brought to tears as the sincerity of Jesus words clench tight around my heart.  I can’t help but read this as His prayer over me, His desperate desire for my life, for all of our lives.  His unquenchable desire remains for us to experience joy, to know truth, to know that we are set apart, to know we are one with Him, and to know that we are held, safe, in arms that loved us before we even knew they were there.

I’m a pretty honest person.  Ok, that may a bit of an understatement.  I am an EXTREMELY honest person.  I am often the first person to share my failures, to offer up the not so pretty parts of myself, and tell the straight forward truth (even when it’s not always asked for).  I tend to be slightly unrefined and sometimes tactless, which aren’t traits I consider attractive about myself and why I am often in need of loving reminders from those close to me that, “maybe there’s a nicer way to say that.”

All that being said, I’m not always forthcoming about the softer parts of who I am.  Actually, frequently the harshness of my honesty becomes my shield that wards off those not brave enough to face it and see deeper than it.  I wear my differentness like an armor, protecting me from those who can’t see past the surface.  I think this makes people think that I am only calloused, with a hardened heart and no capacity for gentleness.  It’s not their fault they see me this way, it’s the way I present myself – hard, rough, and unyielding.

So, for today’s blog I’m doing something I’ve never done before.  I’m going to tell the world about my soft spots, because I think it’s time that one of us hard-shelled people was brave enough to do so.

I absolutely do have feelings.  In fact, I have intensely fervent feelings. Why do you think my armor is so thick?  You don’t protect something that’s not sensitive.  My feelings run deep.  I don’t do shallow when it comes to how I feel. I am an all or nothing kind of person.  If I love you, it’s with ferocity.  If I trust you, it’s with undying loyalty.  If I care for you, it’s with sincere devotion.  This means that the people I love the most, have to greatest ability to hurt me.

I have experienced heartbreak.  Life altering, faith shattering, heartbreak.  I love with all I have which makes hurt more excruciating in the face of betrayal by those I thought I could trust.  Callouses form from a place a pain.  If you’re reading this, and I love you, you know it because I’ve told you.  Over and over again to the point where you’re probably tired of hearing it because I want you to know how much you mean to me, how deep you touch, but I never know how to say it.

People think that I’m fearless.  They call me brave because I share my failures but they don’t know that I hide behind them.  I’m not fearless.  I am afraid.  Afraid that people will see my softness and take advantage of it.  Afraid that the people I love most will walk away.  Afraid to trust… to really trust people to see me for all that I am, to see the scared little girl hiding behind that armor studded with strength.  I crave fearlessness.  That’s why I have it tattooed across my wrist, because I desperately want to live my life unshackled by fear.  I want to free the soft skinned girl inside chaffed by its bonds.

So I write this, for all those like me, whose skin has been hardened by the harshness of this world and whose tender heart aches to be caressed.  I write this to say that, though we are strong, there are delicate parts of us.  We are gentle and kind.  We love with a passion that few are lucky enough to experience.  If you happen to be one of those lucky few, know that it is not fleeting, it not easily escaped from, and it is seldom extinguished.

I am just going to stand here, armor stripped, naked, and vulnerable.  With fear and multiple second thoughts about posting this, and I am going to believe that the naked soft girl that I am, is enough.  Is loved.  Is accepted.  Is treasured.  Is beautiful.  Is His.
Posted by Unknown at 12:46 PM No comments:

Hope for the Hurting 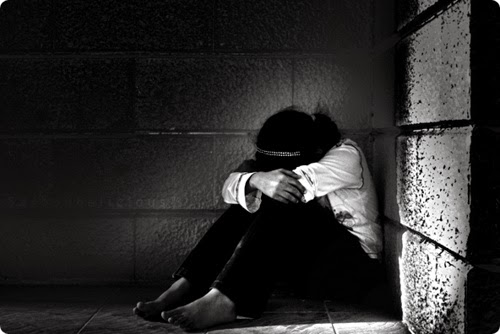 I refrained from writing anything publicly this past week as both the anniversary of the death of someone I loved dearly and my sobriety birthday came and went.  Six years seems like such a long time when I say it out loud, but as I sat Sunday night and thought about that time all those years ago, it seemed like it was just yesterday.  Then I spoke to someone this week whose current situation is reminiscent of that time 6 years ago.  I looked in her eyes and saw her pain and I wanted to hug that broken girl hiding behind it.  She told her story and I was reminded of that 18 year old kid I was.  That girl with broken hands and the aroma of alcohol veiled behind her lips that spoke of God like she knew Him.  Wanting of rescue while clinging to pain.

Pain is a very real part of our lives.  It weaves its way into our memories, hides in the shadows of our addictions, and hunkers down in the corners of our failures.  It’s so tangible, so visible, so very real; that at times it becomes hard for us to see anything outside of it.

Pain hollows out these nooks in our scars that bitterness makes a home in.  It gouges valleys in our hearts where regret and feelings of failure build cities fortified by the words of the broken people who touch us.  And we feel helpless, broken, without hope.

It’s hard to remember God in those moments.  It’s hard because pain has convinced us that we are not good enough for him.  That we are too broken for him to want.  That who we are can’t possibly be loved by someone as glorious as Him.  Worse still, pain may have even convinced us that Jesus couldn’t possibly understand our pain.  Our pain taunts us with whispers of, “He’s perfect and you are not, He never hurt the way you hurt.”  And we believe the whispers because it makes so much sense.

I heard recently this quote from someone much smarter than myself:

“The key to understanding Jesus is in His humanity not His deity.”

So often we focus on the power of His deity; His touching death and bringing life, His commanding of storms to silence, and His glory in resurrection.  We miss his humanity.  We miss his loud sobs at losing a friend.  We miss his anxious bloody drops of sweat as He pleaded for rescue from His purpose.  We miss His tender care of desperate people looking for some kind of relief from the same pain that haunts us.

So great a God we serve, that not only did He speak us into existence with one breath, but also He slipped into skin and walked among us.  Who Jesus was in His humanity is God’s tangible picture of who He is and how He relates to us.

You are held by One who understands your pain.  You are comforted by One who relates to your struggle.  You are cradled on the chest scarred by the hatred of this world.  You are loved more than you could possibly imagine.

Hurt and be comforted.  Cry and be consoled.  Want and be loved.

Posted by Unknown at 8:35 AM No comments: