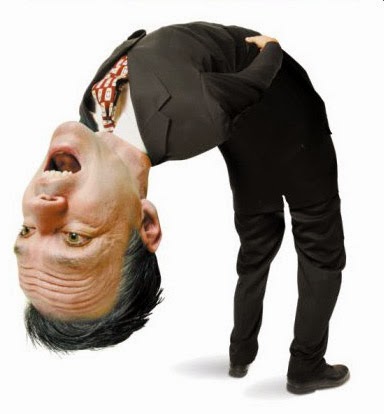 I realize that it’s been a while since I posted anything here on my blog.  For the past couple weeks I’ve been feeling like I was totally letting down those of you who keep up with me here.  Then I saw this quote from a writer/blogger that I follow, he said, “When I’m quiet on Twitter that usually means I’m being loud somewhere else.”  I really couldn’t have said it better!  So, just know that when I’m quiet on my blog that usually means I’m being really loud somewhere else and boy have I been!

Over the past couple of months I’ve taken up somewhat of a leadership role within the women’s ministry at my church.  We are 10 weeks into our newest small group, we have had several game nights, and one really awesome retreat!  I feel so incredibly blessed to be able to share time and space with these amazing women and I learn more from them with every moment that I spend with them.

It’s been about a year now that I’ve been legitimately, passionately, can’t-seem-to-think-of-anything-else-ly, interested in leadership and ministry.  A year ago I thought for sure I was ready, I had it all figured out, I knew exactly what being a leader meant! Yeah… about that…

For a long time I thought leadership was just about teaching.  Like if you knew all the right things and you could just convey that knowledge to other people then the world would change.  I mean, that doesn’t sound too hard right?  That, of course, made me think that in order to be an effective leader you had to have all the right answers or, at least, have an opinion about all the hard questions.  What if someone comes to you with a life altering, faith shaking question and you don’t have an answer to it? But… you’re their leader, it’s your job to know those things! At least… that’s what I used to think.

When I first felt “called” to ministry, that sounds so churchy and archaic let me rephrase that, when I first heard God say, “Hey, dude, that whole teaching people about me thing?  Yeah?  Let’s rock and roll with it together!”  I thought he was COMPLETELY out of his mind! “Umm… are you crazy?  Did you dial the wrong number?  This is Jess… Hays… you know, THAT Jess Hays.”  To which he responded, “Yeah, I know who you are, come on let’s do this thing!”

He was right, of course, he knows who I am, and I’m the one who forgets sometimes.  See, I thought leadership was about having all the answers and teaching all the answers, and I knew I wasn’t the person for the job because, let’s be honest, I say “I don’t know” way too much to be leading people anywhere.  So, I was falling for two of Satan’s cons at the same time.  First, that leadership means having all the answers and second, that I wasn’t good enough to ever meet the standard.  I listened to his whispers of inadequacy and let them defeat me for so long.

Here I am, FINALLY giving in to God’s invitation for the rollercoaster ride of a lifetime, and guess what?! I was completely wrong about leadership! This whole time I thought it was this black and white, cut and dry, you need to have it down type of thing.  The more time I spend actually in the thick of it the more I’ve come to see this beautiful, paint splattered canvas that it is.  It’s less about having all the right answers and more about having faith that God is good even when you don’t.  It’s less about conveying knowledge and more about connecting with people.  Leadership is fluid and flexible, when your lesson plan becomes more important than the needs of your people, you’re doing something wrong.  I know this because I’ve done something wrong… several times.  Wanna know something wonderful?  Just because I don’t do all the right things all the time, just because I don’t have all the answers, that doesn’t mean that I’m not being an effective leader.  See, because, it’s not about me anyway.

Maybe that’s what being a leader is really about… being ok with it not being about you.  That’s the way Jesus did it, after all, making himself nothing so that we could have everything.  Maybe leadership is less about being in the lead and more about washing feet.

How beautifully backwards, the way of Jesus, that the King of the universe would serve us all.  That he would give the keys of his kingdom to a bunch of fishermen, tax collectors, prostitutes, and other riff raff.  What a glorious calling that is; to lead like that.

The more time I spend in the mayhem of ministry the more I fall in love with it, the more I could see myself doing it forever.  I know this all probably sounds a bit scattered and less like my structured attempts at eloquence, but I’m figuring this all out and you know what?  I’m ok with that! I look forward to the adventure!

For all those reading this who might feel that same tug at your heart towards ministry but you find your fears of inadequacy keeping you from running off after it… Jump first, fear later, you won’t regret it!
Posted by Unknown at 2:51 PM 1 comment: