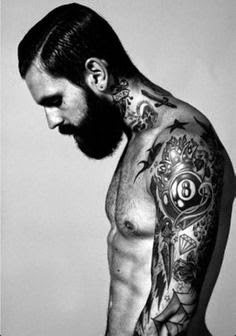 She sat in the familiar darkness; her body curled up as small as she could make it.  She trembled as the cold tingling of the harsh stone floor forced itself against her exposed flesh.  The musty smell of oppression and unbathed skin filled the air and she longed for freedom from this place.  She had been here for so long.  Here in this dark unkempt cell.  She had resigned from cries for help for some time now deciding that it was pointless to wish for anything other than confinement.  This was her home now, this prison.  The most unbearable part of her incarceration was not the hard floor or the wretched smell.  It wasn’t the constant darkness.  The worst part of it all was how alone she was.  Silence shook her very soul as she longed for someone, anyone, to just be with her.  Soon… she stopped longing for anything.  She became content in captivity.

One day, something changed.  She looked up from her hunched position in the corner to see something she had not seen in a long time.  So long, in fact, that she had all but forgotten what it was.  There, far at the end of her prison hallway, glimmering slightly in the distance was a light.  She squinted her eyes as she strained to see where it was coming from.  Even stranger still, it seemed that the more she looked at it the closer it got.  Soon it shone from the entryway, rays of light licking the hard concrete of her cell and she hid her eyes as its brilliance blinded her.  Her hands cupped tightly over her eyes, she could see slightly through her fingers that the light was directly in front of her now.  She felt the warmth of it kiss her skin.

Suddenly two strong hands grabbed hers and gently pulled them away from her eyes.  For a moment she was blinded, but her as her eyes adjusted slowly the figure of a man faded into view.  He was a muscular man with thick arms that were covered in beautifully artistic tattoos.  A five o’clock shadow covered his face and his short brown hair was wild and ungroomed.  He wore tattered jeans and a dirt stained white tank top.  His eyes were soft and kind and his mouth stretched into a smile that she gawked at.  Those eyes… they looked past her, straight into the depths of her spirit, and without him saying a word she knew that he loved her.

Tears made streaks down her soot covered cheeks.  He reached up and softly wiped them away with calloused hands, and she caught a glimpse of the scars that marked his wrists.  “Don’t cry, love,” he whispered to her softly his eyes filled with compassion.  She said nothing.  She just buried her face in his shoulder and wept.   His burly arms wrapped her up tightly as her heaving sobs echoed off the walls of her cell.  When her tears finally stopped he looked down at her cradled in his arms and said, “it’s time for you to be free.”  At first, panic knotted in the pit of her stomach, but then he took her hand in his.  “Come, follow me,” his voice untangled the now web of emotions wrapped around her stomach.

Slowly, she got to her feet, grasping tightly to his rough hand intertwined in hers.  Carefully he led her out of her cell, down the dark and narrow hallway, out the heavy doors of the prison, and into a beautiful field covered in tall grass and fragrant flowers.  The wind caressed her skin and the sun overwhelmed her with warmth.  The sweet smell of flowers and freedom ravished her nostrils.  She let go of his hand and ran recklessly through the field until finally she collapsed peacefully on the soft grass.  He lay down beside her and they stared up at the stunningly blue sky dotted with bright white clouds.  She laid her head on his chest and listened to the rhythmic thumping of his heart looking adoringly up at him.  “You are free now,” he said, “You never have to go back to that place.”  She nodded silently and snuggled into his chest.  He squeezed her tightly, kissed her forehead, and whispered, “You will never be alone again.  I promise.”  A sigh of security left her lungs and she dared to believe him.
Posted by Unknown at 9:07 PM No comments: