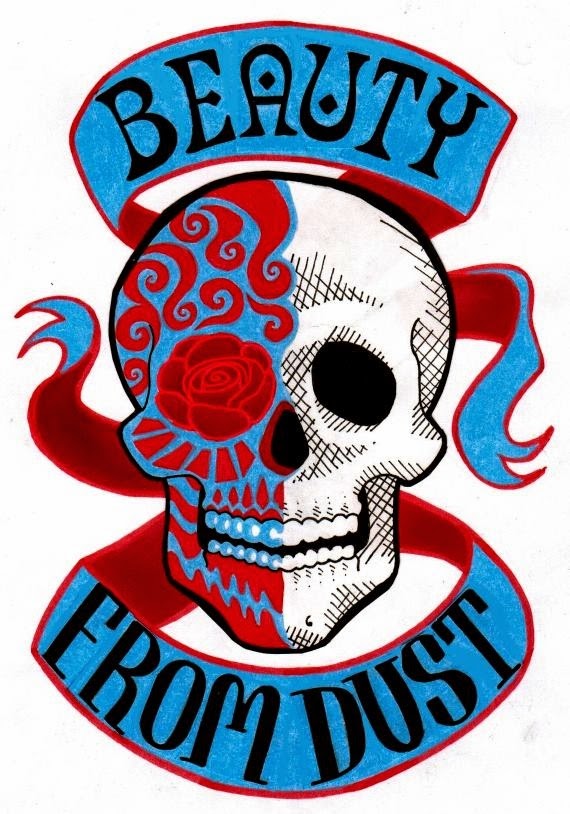 “You know skulls are evil, right?”
“What, is it Halloween?”
“Are you one of those emo people or something?”

Currently about 75% of my wardrobe consists of clothing with skulls on them.  That means comments like the ones above are pretty common for me to hear.  Society, filled with “normal” people all with the same thought: Skulls = bad.  Maybe it comes from our history?  A skull and crossbones made you a pirate, a skull tattoo made you a gang member, skulls mounted on sticks marked the land of your enemies.

See, because I think skulls are beautiful.

Do you know what skulls are?  They are the base of our physicality.  The raw, structured, base point of this crumbling thing we call life.  Maybe that’s why skulls scare us so much, because they remind us all how fragile we are underneath.  They remind us how powerless we are to stop the inescapable fate of becoming one, one day.  Maybe they scare us because we see that as our end.  Skulls = finality.

We think we are bodies that hold a spirit and we fear the end of this brittle being.

Do you know the name of the place that Jesus died?  It was called “Golgotha” it means, “Place of the Skull.”

The Place of the Skull, where death ruled.  Where terror reigned as Roman soldiers hoisted broken bodies of the burglars and the battle scarred.  The Place of the Skull where the stench of stagnant blood stung nostrils and the shrill of bereavement’s cry deafened ears.  This… is where Jesus chose to stretch wide his arms and take on the world’s sin.

There, at the Place of the Skull, when all that were watching thought death had won; glorious, unquenchable, relentless love gave birth to life.  And not just any life.  Not this fleeting, vapor in the wind thing that we call life, but a beautiful everlasting life for all who would choose to breathe it in.

So there at that place, the Place of the Skull, where death had reigned for so long, he defeated it for the rest of eternity.  In that moment, he not only vanquished death but caressed our spirits and brought them to life.

And now we live, as spirits overwhelmed with life, desperately trying not to burst the seams of this shell we wear, this skin that confines us, this skull that makes us think we are fragile.  It would do us well to remember that we are spirits occupying a body and not the other way around.  Let us remember that, and that we have power, power beyond what we can even begin to comprehend fueled by a spirit infused with the very life of Christ.

So to me, skulls are beautiful, because they remind me of the delicacy of this body, and that my power on this earth is not defined by it, but by the one who breathed life into me.

And because they remind me of that place, the Place of the Skull, where beautiful things were made from dust.
Posted by Unknown at 7:41 AM