So today I asked my awesome little brother to be a guest writer on my blog. He has always been such an inspiration to me and has loved me with true unconditional love. Though we are 5 years apart, He has always been my best friend! Tomorrow he graduates from high school and I couldn't be prouder of him than I am right now. He is such a man of grace and love. He will always be Jesus to me. 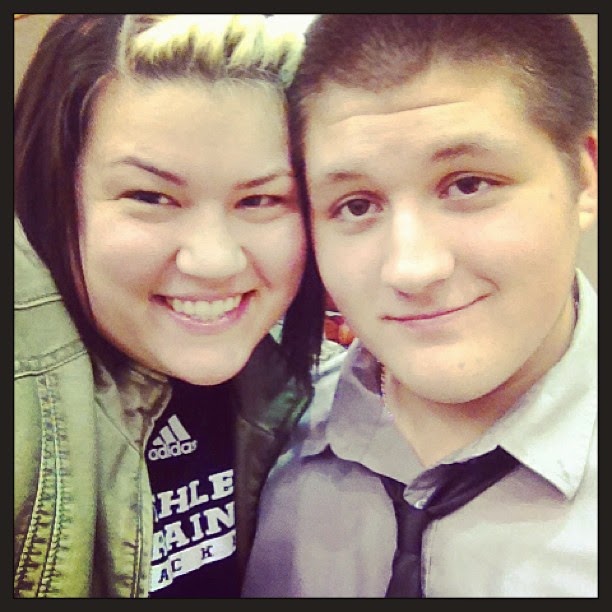 Thirteen years; that’s roughly one eighth of my time here on Earth. It also happens to be the amount of time I spent in school. Not just any school mind you, but the same school for thirteen years. I am graduating tomorrow from the very small stage that I crossed for “kindergarten graduation.” I’ll keep the name of the school to myself, but it’s a Christian school.

Thirteen years in the same Christian school can be a very interesting experience, especially since it is in a relatively small town. Example: my graduating class only includes twenty-seven people. Everyone knows everyone else and their brother. This only added to the ability for a more “Bible centered” education. I grew up hearing a plethora of Bible stories, applications, and lessons in any class. Heck, even my math class began with a fifteen minute devotional. This being said, I was never without pretty high expectations on my shoulders. After all, Christian students must of course be better at all things than regular students in the world.

This isn’t to say I didn’t receive a great education, but to say that religiously, and relationally, things were much stricter, and the bar was set much higher than usual. As my wonderful sister has put it many times, the two kinds of responses to living under this include either rebelling against it as a result of the revelation that you can never measure up, or following the rules anyways, eventually resulting in depression, anger, and resentment in the acceptance that you haven’t been able to measure up.

While my sister is a rebel, I happen to be the latter. I followed the rules anyways. As you could imagine, it didn’t really work out too well for me. Either the students hated me because I was the goody two shoes, living up to the teachers rules, or the teachers hated me because I failed to live up to their rules. This isn’t easy to be in. I hated it. I would put on this mask of the almost unrealistic rule-breaking tough guy, but when it came down to it, I would always follow the rules, and almost always end up disappointed. I was fake, angry at everybody, bitter, and frankly, unable to open up.

I had people in my life that loved me very much, but was so afraid of disappointing them, that I would lie, put my mask back on, and pretend everything was fine. Quite honestly, that’s what living by a list does. It puts you in a place of either measuring up or not measuring up. If you fail to measure up, you lie, you hide it, because the people that gave the list or the people you look up to might be disappointed, and if you somehow manage to measure up to it, there’s another list waiting to be done, leaving an endless loop of hard work until you fail, and are thereby placed on the same low pedestal as the person that failed in the first place.

To put it plainly, it sucks! I was put in places of vulnerability, unable to be vulnerable. After a long time dealing with this (Which really doesn’t bode well with the junk that goes on in High School) I decided to just give up. There was nothing left to do. I was the goody two shoes, living in an endless depressive loop that left no room for recovery after emotional pain that it inflicted. This is where things get better however.

You see, those people that I mentioned earlier that loved me? Well they still loved me, in spite of my drawing back, anger, and bitterness. Needless to say, I can now understand what Paul meant when he wrote we were saved by grace. Salvation is thrown around a lot as that verse is commonly mentioned, but I think it’s so much more than that. I was a Christian all those years ago. I knew Jesus died for me, and I knew he was God’s son. I understood salvation (in the simplistic sense) and I thought I knew what grace was. I followed the rules, I did what I was supposed to, and I made every effort to be a good person, and guess what? It’s never enough!

It will never be enough, because we are small, and we are unable to measure up to God’s perfection by our own efforts, salvation aside. Grace is so much more than just a means to heaven. Grace sets you free from that list, from having to do everything perfect; why? Because it has already been done. All those times we don’t measure up to the list, it has been paid for, and the list itself has been abolished! You don’t have to live by a list.

To those who react the same way I did, know that it doesn’t need to be that way, freedom is there, and with it, love, peace, joy, and complete and utter perfection in Christ. The sweat has already crossed another’s brow, the pain in another’s hands. Christ has completed the law, and was sacrificed once, for ALL sins; past, present, future. Because of that we can come before God, list gone, done, and completed by Christ, and He will tell us we are loved, we are not disappointing, and we are pleasing to him.

That’s just Grace. I didn’t live up to the lists, although I tried, and still I have his complete favor.  Well, that’s me, and that what I experienced in my own spiritual life over the past years. I have yet to figure it all out, and I learn something new about God’s awesome grace all the time.

This I do know however: tomorrow when I cross a stage, get my diploma, and head out to the world, I go knowing who I am. Knowing I am pleasing to God, and have people that love me. Special thanks to my sis, Jess, who asked me to guest write for her awesome blog! Grace and peace be with you!