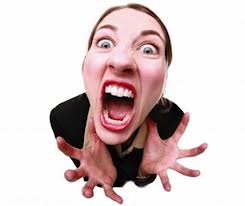 Last night I pulled out my Bible from my junior high and high school years.  As I flipped through the pages, I was troubled and reminded of my inward struggle through those years.  Many verses were underlined with question marks beside them; phrases like “God is so contradictory” and “How can he love and hate me?” scribbled in the margins of the tattered pages.  My mind flashed back to why I started drinking the first place.

I felt like God was inconsistent, at one moment he was saying he loved us in the midst of our sin and the next he was saying that none of us were good enough.  I didn’t understand how he could be both, and if he was, why would I want to worship someone so bipolar?  I felt for that broken girl that etched her frustrations in between the pages of this confusing book.

Last night I read every underlined passage, every verse I had memorized for the sake of academia but never really understood.  The passages made more sense now.  Where I once found frustration and inadequacy I now saw hope and grace.  So often I read one verse and slammed my Bible closed in anger; I didn’t keep reading the verses right after it that brought peace and hope and life.

One verse in particular stuck out to me last night because it caused me to have an “ah ha!” moment.  I’ve heard it so many times, read it, and underlined it; but I never knew the power in it until last night.  It’s from 1 Corinthians 6, I think most of you have probably heard it before, Christians like to list off this one to show you how dirty you are.


Wow, so I don’t know about you guys but I see at least 5 of those that I could be called.  That’s where my underlines stopped and written off to the side was a note, “Will I inherit the kingdom of God?” I’m sad that’s where I stopped reading, I mean, I didn’t even finish reading the entire statement!  Maybe I was too heartbroken by my failure to believe there was more, or maybe I was just indoctrinated to believe that if I tried really hard to stay away from that list then somehow it would all be ok… but I couldn’t.  No matter how hard I tried.  I continued to fail.  Thinking I was losing more of my inheritance with every fall.

Guess what though?  There IS more!  That’s not where the verse stops!

“BUT you were washed, you were sanctified, you were justified in the name of the Lord Jesus Christ and by the Spirit of our God!”


We WERE dirty BUT he washed us.  We WERE sin filled BUT he made us holy.  We WERE wrong BUT he declared us righteous.  We are not any of those things anymore!  We quote and underline a list of things that we aren’t anymore and present that as a reason to live in bondage to laws and commands and rituals.  We try to wash ourselves with our own acts of service when we are already clean.  We need to stop doing things to be holy and start doing things BECAUSE we are holy.

The frustrated girl that read the beginning of this passage and felt like she wasn’t enough ran away from God, religion, faith, everything.  Because, let’s be honest, what’s the point in trying if you know you can never meet the expectations.

It took a lot of therapy (not found within the church) and a pursuit of radical honesty that brought that girl to the somewhat less screwed up person that types this out.  The more I dive into the depth of truth in grace, the more I see that those verses I stopped reading in high school have hope after the comma.  I look for the “buts” now that I missed before and I am continually surprised by how many times God reminds me that I will always be enough for him.