“The religious leaders of the day had written the script for the Messiah. When Jesus announced he was the Messiah, the Pharisees and others screamed at him, "There is no Jesus in the Messiah script. Messiahs do not hang out with losers. Our Messiah does not break all the rules, Our Messiah does not question our leadership or threaten our religion or act so irresponsibly. Our Messiah does not disregard his reputation, befriend riffraff, or frequent the haunts of questionable people." Jesus' reply? "This Messiah does"! Do you see why Christianity is called "good news"? Christianity proclaims that it is an equal-opportunity faith, open to all, in spite of the abundance of playwrights in the church who are more than anxious to announce, "There is no place for you in Christianity if you [wear an earring/have a tattoo/drink wine/have too many questions/look weird/smoke/dance/haven't been filled with the Spirit/aren't baptized/swear/have pink hair/are in the wrong ethnic group/have a nose ring/have had an abortion/are gay or lesbian/are too conservative or too liberal].” ― Mike Yaconelli 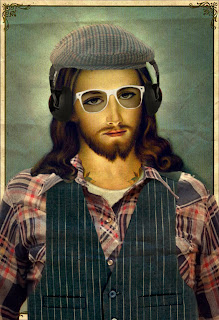 This is one of my favorite quotes from my all-time favorite author.  If you haven’t read the books Messy Spirituality and Dangerous Wonder by him you should go immediately to the nearest bookstore and get them!  I like this quote because I don’t fit the script either.

The religious leaders of Jesus’s day thought they had God figured out, they thought that when the Messiah came they would know exactly what he should look like, but Jesus was kind of hipster.  He didn’t fit in their box and he didn’t follow their rules.  They tried to trap him with law but the only power law has is to expose sin… and Jesus had none.  They accused him of blasphemy because he forgave sins and announced his equality with God.  They crucified him because he dared to be something different than what they thought God was supposed to look like.

The religious leaders of our day operate in the same ways.  They think they have God figured out, how he operates, who he blesses, and how he loves.  God doesn’t fit in that box.  When you get people like me walking into the temples of Christianity, who are radically different and speak messages filled with the blasphemy of grace, you will find no shortage of people shouting “crucify her!”  The same pastors who lead the battle cry against the “excessive gracers,” preach messages about the hardness of the Pharisees, oblivious to their kindred spirits.

I am beyond amazed at how Jesus could look down at these hard hearted people and plead for their forgiveness from his father.  I mean, let’s be honest here, I am nowhere close to being able to do that.  I am filled with anger with those people because I have to follow behind them and pick up the pieces of the broken people they trample on their way to impressing God.  I struggle with my anger even knowing that God loves them just as much as he loves me, he sees them as faultless just like he sees me, and he gives them just as much grace as he gives me. The Peter in me wants to lash out and cut some ears off even though I know Jesus will be right there to reattach them.

I guess I just have to be patient, keep learning, and keep taking in the reality of grace so that I can be better at giving it out.  I find peace in the knowledge that even though I’m there yet it’s ok and in those moments when I fail horribly at showing grace to those trying the destroy its message, Jesus is right there whispering patient encouragement, “Hey, put the sword down and relax, don’t worry you’ll get there.”  For now, I will keep going off script and coloring outside the lines, not to destroy the Pharisees, but to bring hope to their followers.